Ollie is recovering nicely from his surgery.  I wanted to take some pictures of him in his cone of shame, but Hestia insisted that she be in the pictures, too!  Photobombs!  Ollie is a silver standard poodle with a blue cone of shame.  Hestia is a small black and white dog with a smushed face and racquetball head.  The last two pictures are closeups of two of Ollie’s incisions, so don’t scroll down if you don’t want to see them!  The other two are still covered by a bandage. 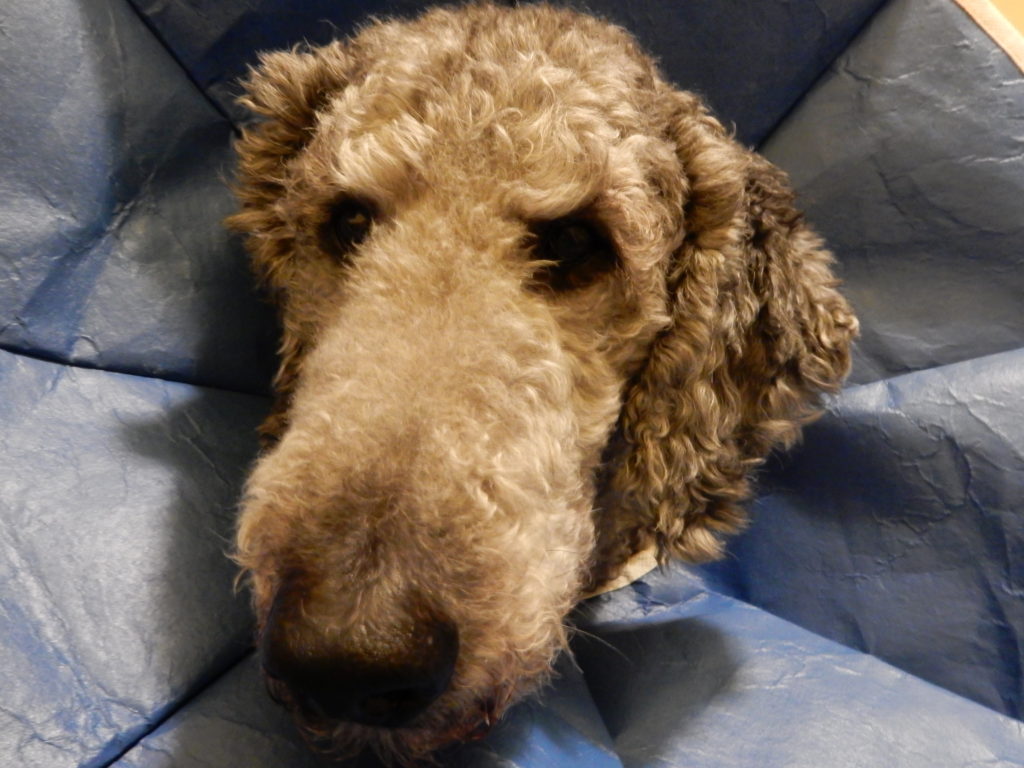 Last picture from a little further away.

Photobomb number one! Hestia snuck in front of the camera just as I was taking a picture!

Closeup of Hestia’s face. She is like “now you’re taking a picture of the right dog!”

Ollie in the cone of shame, squinting in the light of the flash.

Closeup of Ollie’s elbow where a cyst was removed.

Closeup of Ollie’s neck where another cyst was removed.

One thought on “Healing Ollie and photobomb Hestia”