Yesterday was Out on the Town class!  I haven’t been in FOREVER!  Seriously, a long time.  It was so much fun.  It was cold out, but not super cold in the morning.  So I wore a yellow shirt, pink skirt, and orange and green leggings with a white jacket.  I didn’t bring a coat for Hestia.  But once we got there, the temperature started dropping!  We actually ended up getting two small snow showers during the 1 hr class!

Hestia was pretty good in class.  She was distracted and very excited to see Jill and Adriana (the teachers).  I put her leash around my neck and tried not to grab onto the leash at all during class– to direct her with words and body language only.  Well, she did end up pulling a little bit.  Especially when she wanted to go say hi to Jill!  So she was not great.

I learned that I have been overusing her name and not rewarding every time I say her name, so the command has lost potency.  I will be working on that a lot before the convention.  It was great to get out and train again– I didn’t take any dog training classes during the winter session, so it’s been several months!

My friend Michelle who breeds Havanese was there, too!  It was great to see her and one of her dogs in class.  I was even lucky enough to have Brad hold Hestia while I said hi to the pup (who came from a bad situation).  He was very sweet, and I think he’ll like me even more over the course of the weeks of class.

We worked on all the basics for out on the town class, since it was the first session.  The first session we learn all the commands in a low distraction environment, then each of the next sessions is held at different places around Charlotte where dogs are allowed.  Hestia already knows the basics, or should know them!  But I learned that she also was missing out on her verbal down command.  I taught her both verbal and hand signal, but she doesn’t seem to be getting the verbal command.  So more work needed on that.

Hestia got to say hello to the trainers twice!  She was very good and mostly kept four on the floor even while jumping up in the air and spinning and play bowing.  She was so cute!  In fact one of my favorite pictures is of the trainer, Jill, saying hi and Hestia in mid jump/spin with all four feet off the ground!

Class was overall very fun, and Brad got lots of pictures, mostly of Hestia.  Here is a link to them all, and a few of my favorites: 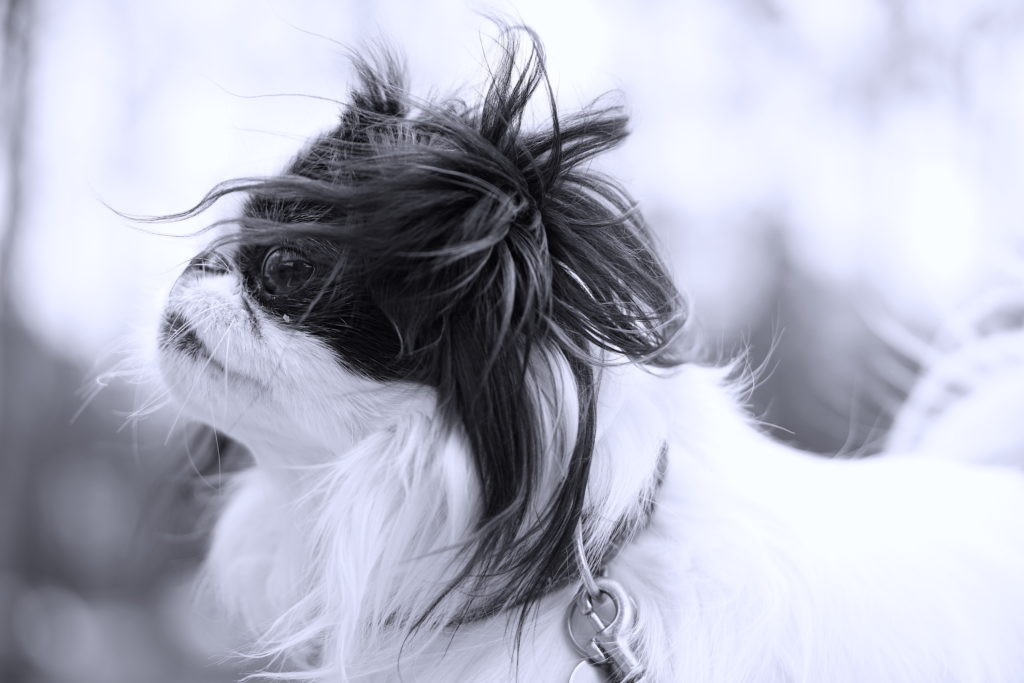 Closeup of Hestia in black and white with her hair blowing around her head. 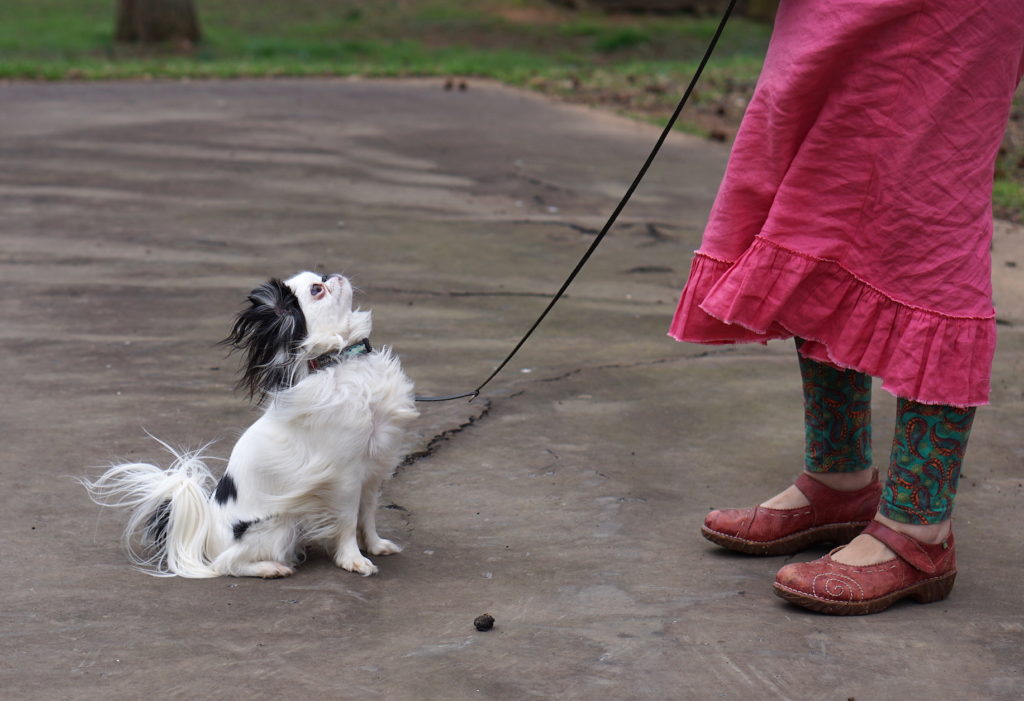 Hestia (small black and white dog) sitting with wind blown hair, looking at Veronica who is wearing a pink skirt and green and orange leggings and red shoes.

Hestia getting into heel position, which she thinks involves walking on her hind legs for some reason LOL!

Hestia looking at the camera sitting in heel next to Veronica’s feet.

Veronica with treat goo on her fingers, feeding Hestia as the wind blows her hair.

Hestia is SO EXCITED to see Jill that she jumps and spins with all four feet off the ground LOL!

A view of Hestia from underneath my skirt– she is pretty small!