Home » Uncategorized » How (not) to be a good citizen

Today was a voting day. We went to vote at our usual polling place, where everyone recognizes us. When we left, we walked down the sidewalk to the one curb cut that is across from the one handicapped space. Someone had parked their van right in front of the curb cut. There was no other way to get off the sidewalk anywhere nearby, so we were stuck waiting there until the owner came back.

We took the opportunity of being out on a nice day to take some pictures. Luckily the owner came back pretty quickly, but he didn’t seem to realize the importance of where he had parked. He did apologize, but it was a superficial apology, like he knew he should say he was sorry but he wasn’t really.

Oh well, we got some good pictures out of it at least.

Veronica in her green Renaissance dress holding Hestia to her left.

Veronica holding Hestia with an “I voted” sticker prominently displayed 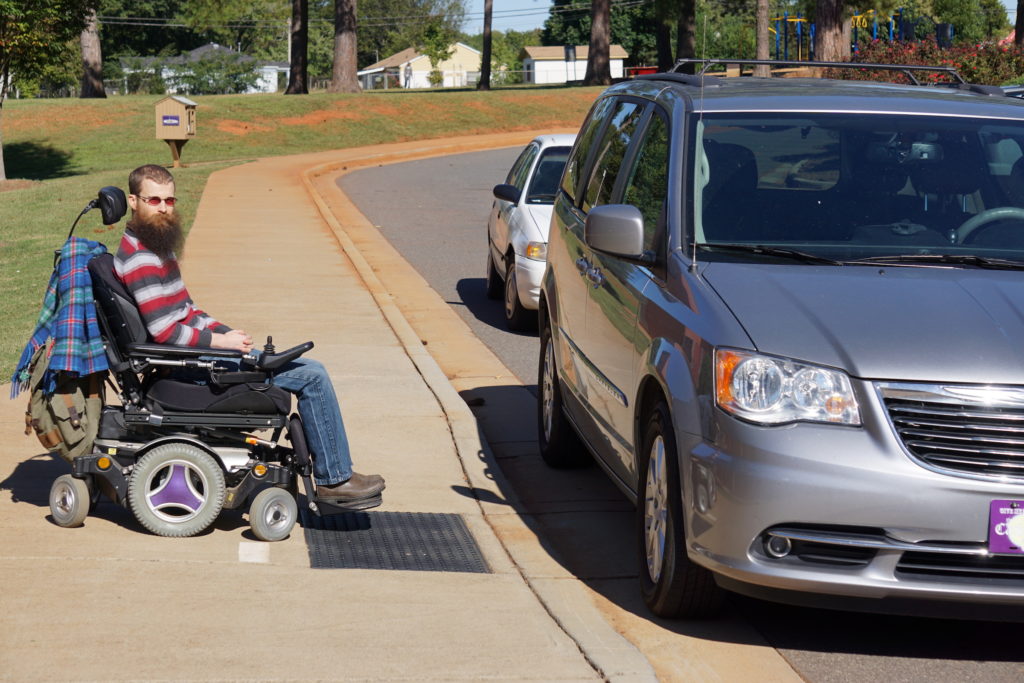 Brad in hs wheelchair at the start of a curb cut which is being totally blocked by a van.